The first 3 Animal Vehicle Collision Prevention Systems (AVC PS) have been installed in the frame of the LIFE SAFE-CROSSING Project in the Majella National Park in Italy. These are the first three of the 27 devices that are foreseen to be installed during the project in the coming months, in all four project countries (Italy, Romania, Greece, Spain).

The AVC PS alerts drivers in case of presence of animals on the roadsides and chase the animals away if the car proceeds at too high speed. Like this, the system does not represent a barrier for animal movements but prevents collisions in high-risk situations.

The installation is the result of an intense preliminary study phase and has been possible also due to the close collaboration with the road authority ANAS, which has provided the permits to install the devices and has supported the two involved National Parks (Majella National Park and Abruzzo Lazio e Molise National Parks) during the development of the action.

Presently the AVC PS are in test phase, but they will be fully operational soon.

In the meantime we invite you to DRIVE CAREFULLY EVERYWHERE! 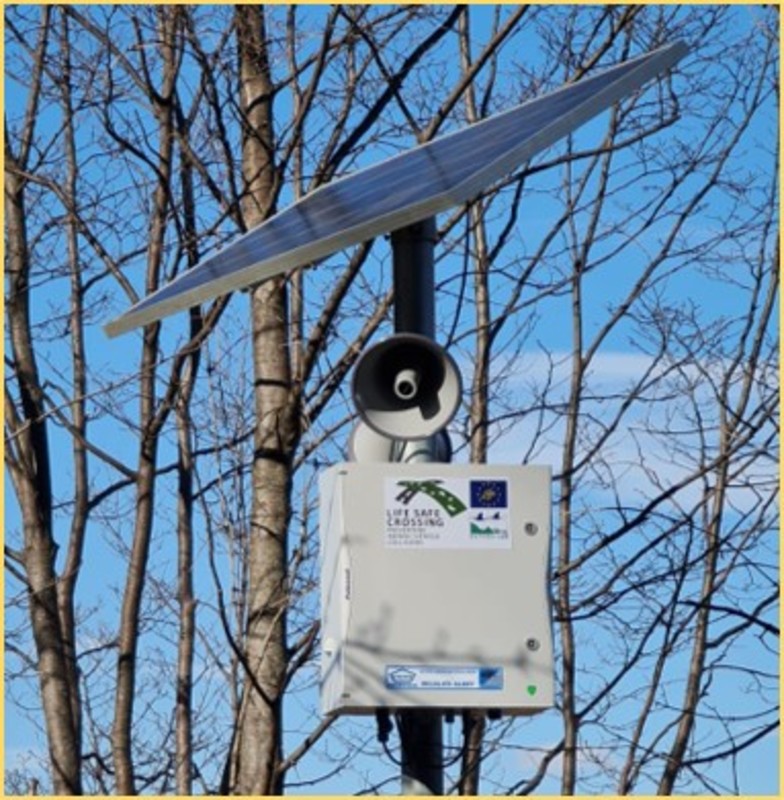 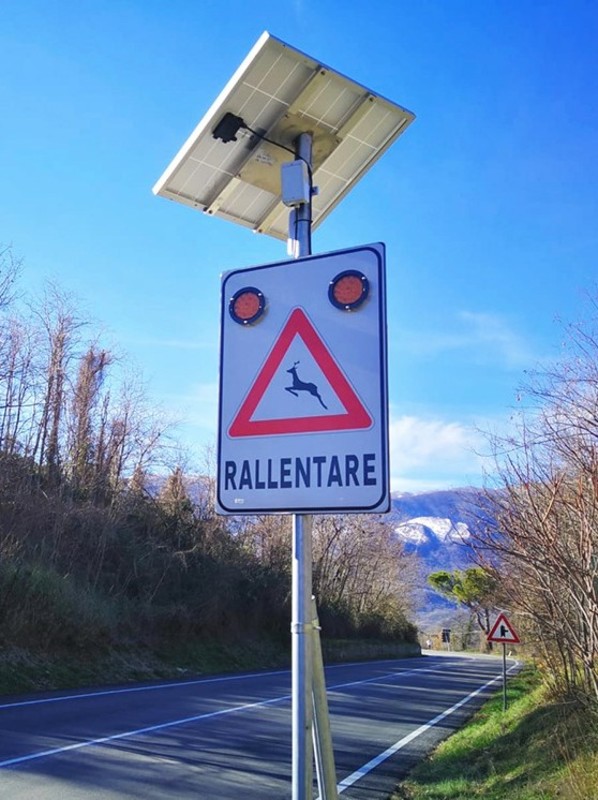 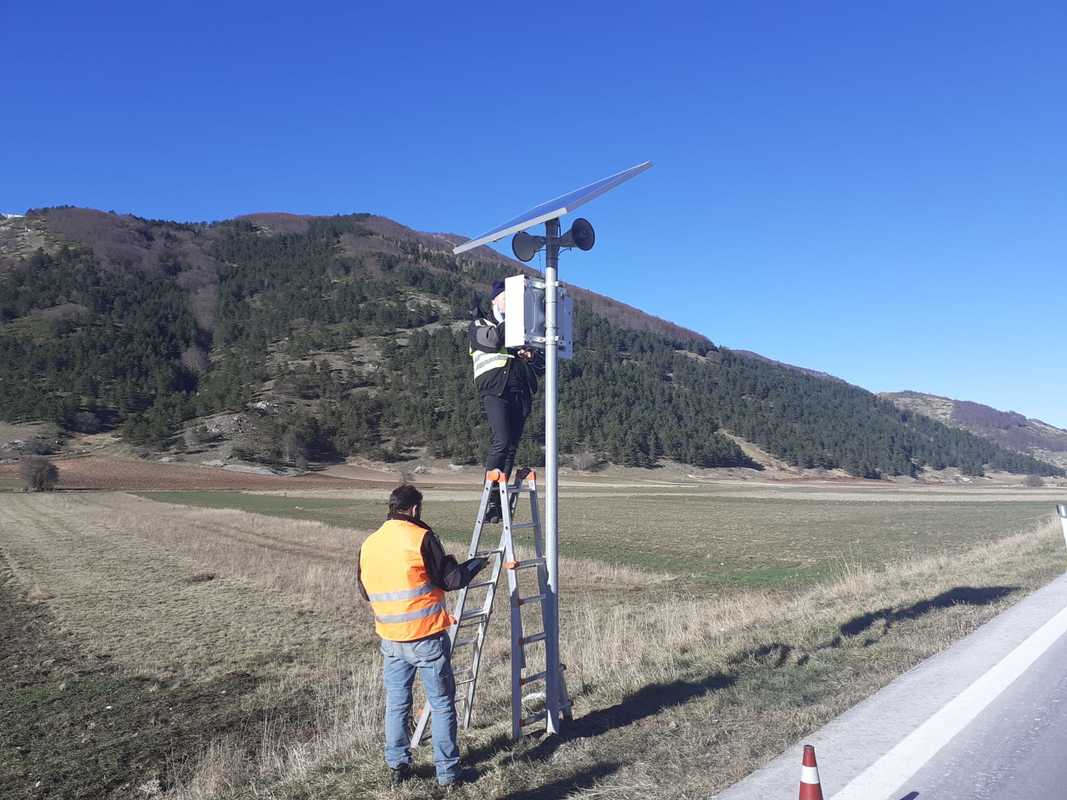 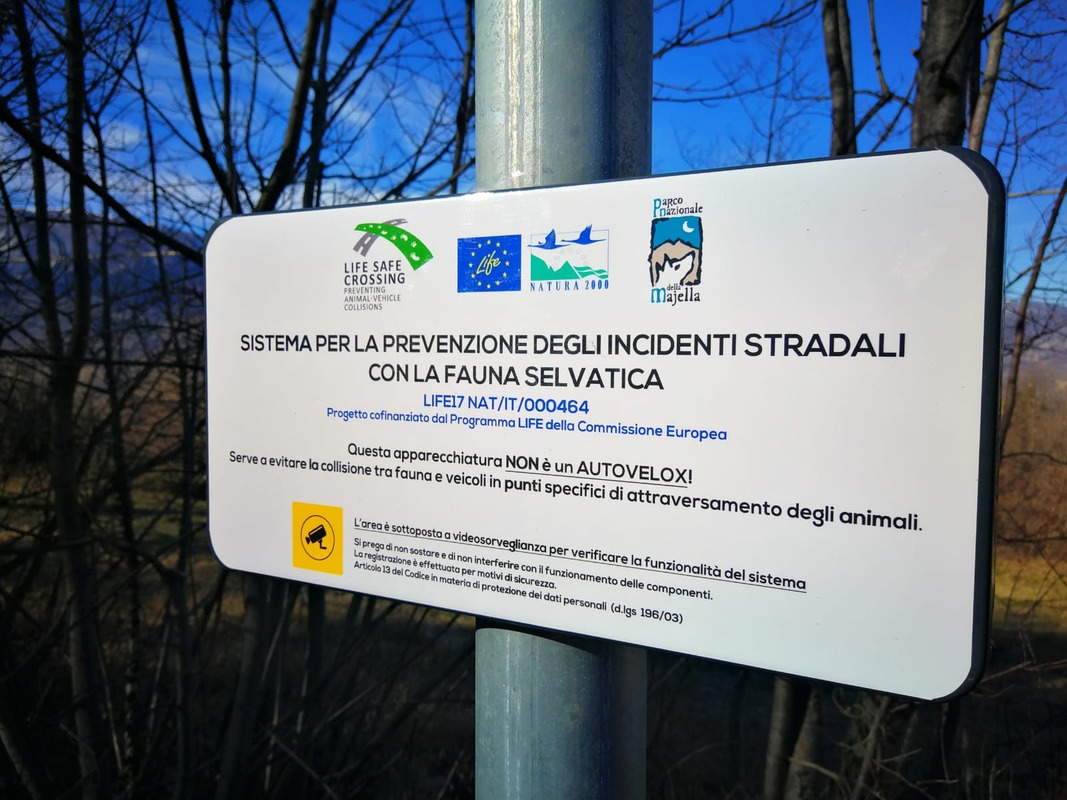